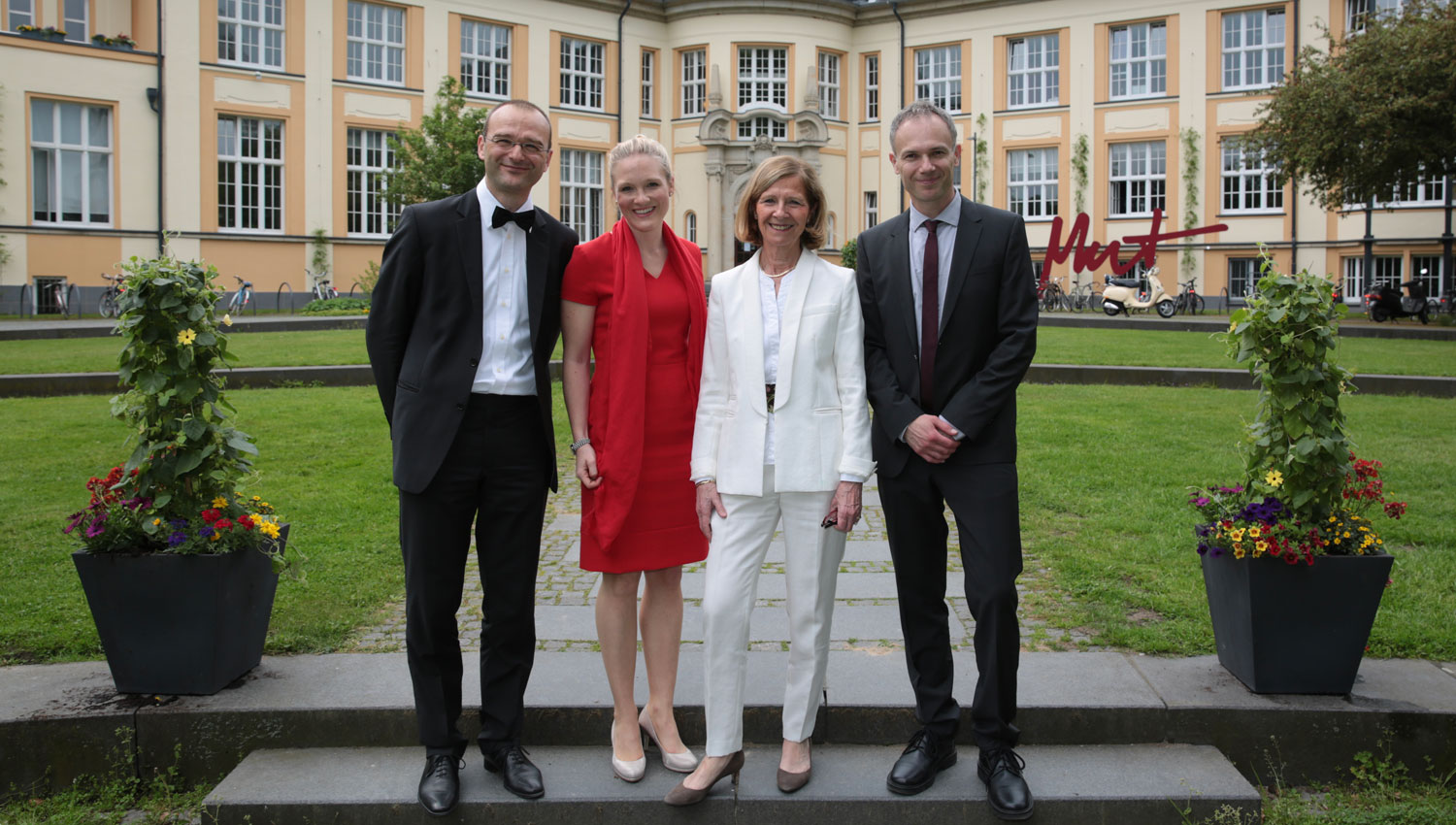 Hamburg, 19 May 2017. The Jung Foundation for Science and Research, celebrating its 50th anniversary this year, has awarded three prizes for outstanding achievements in medicine in Hamburg today. With a total of 540,000 euro, they rank among Europe’s most valuable medical awards. Since the foundation was established in 1967 by Hamburg-based ship owner and businessman Ernst Jung, it has awarded around 12 million Euro to medical research.

The Ernst Jung Prize for Medicine was awarded to Professor Dr. med. Tobias Moser, a neuroscientist from Göttingen, and Professor Nenad Ban, PhD, a structural biologist from Zurich. Tobias Moser carried out pioneering research into understanding human hearing and his work on the optogenetic cochlea implant has provided hope for people with hearing impairments. Nenad Ban received the award for his groundbreaking research in the structure and function of eukaryotic ribosomes, where dysfunctions can be associated with illnesses such as cancer or metabolic disorders. The Ernst Jung Gold Medal for Medicine went to Paris-based cellular microbiologist Professor Pascale Cossart, PhD. Her long-term, intensive research has opened up new treatment options for infectious diseases and helped to make the bacterial pathogen Listeria monocytogenes one of the most important model organisms in infection biology today. The Ernst Jung Career Advancement Award for Medical Research was awarded to Dr. med. Lena Seifert from Dresden. Her work has focussed on identifying new immunotherapeutic approaches to improve the prognosis for pancreatic cancer in the long-term.

Two women were among the prize winners for the first time, which led the foundation to focus at the event on the general increase in the number of women involved in medical research. The well-attended event held in the Auditorium maximum at the Bucerius Law School was moderated by TV presenter and medical journalist Vera Cordes.

About the Jung Foundation for Science and Research

The Jung Foundation for Science and Research was founded in 1967 by Hamburg-based entrepreneur Ernst Jung and is now run by chairman of the board Rolf Kirchfeld. The Jung Foundation honours and supports basic research in human medicine and further research with clinical relevance to promote the development of new treatment options. The Ernst Jung Prize for Medicine, the Ernst Jung Gold Medal for Medicine and the Ernst Jung Career Advancement Award for Medical Research rank among the most valuable medical awards throughout Europe with a total of 540,000 Euro.