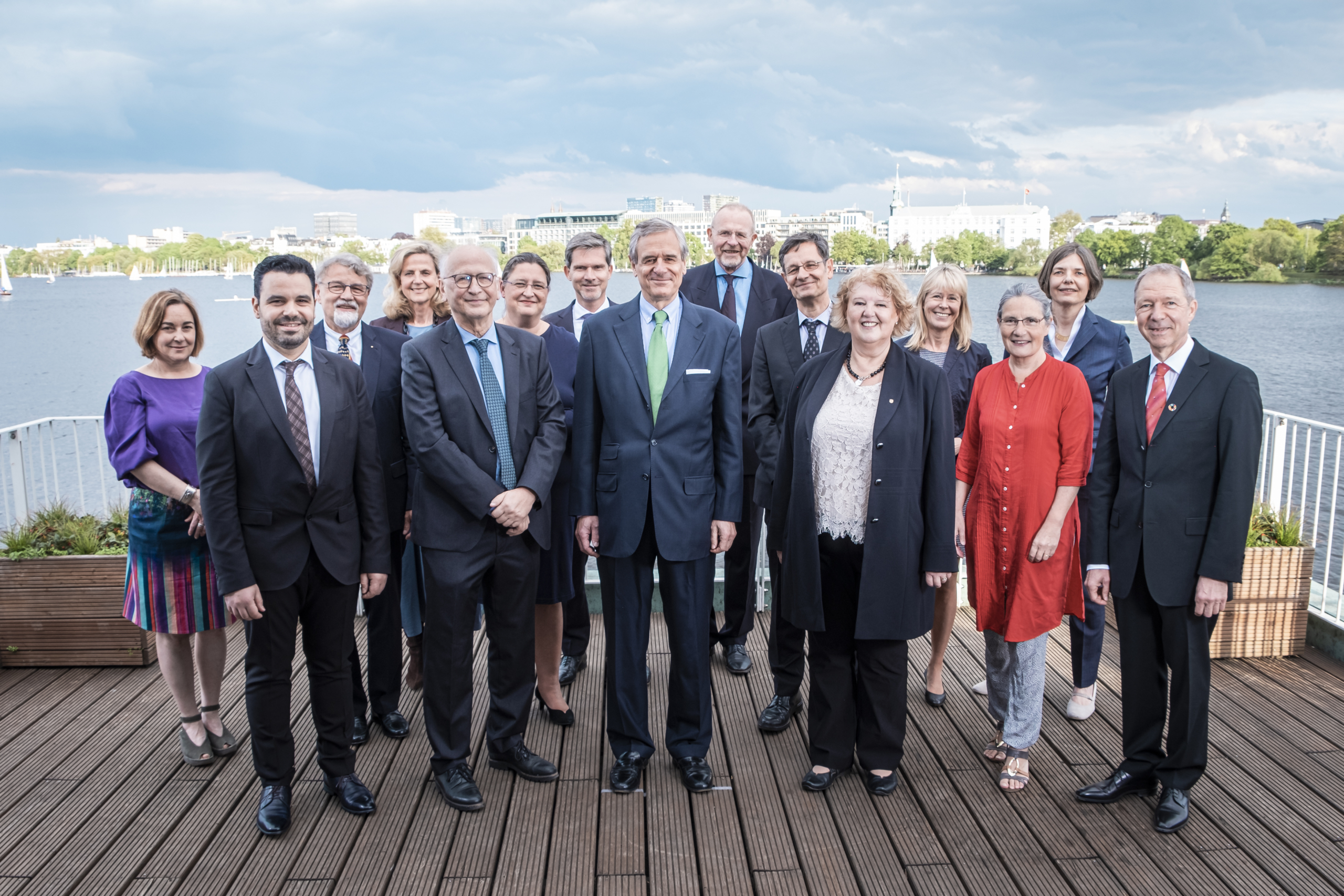 Hamburg, 13 May 2022. Yesterday evening, the Jung Foundation for Science and Research honoured the work of four outstanding medical researchers and awarded them the Foundation’s prestigious medical prizes worth a total of 540,000 euros. Around 50 invited guests attended the award ceremony at the renowned Hamburg and Germania Rowing Club. After the in-person award ceremony had to be cancelled two years in a row due to the pandemic, the event took place as usual this year and numerous guests from science and research celebrated the laureates in a fitting manner.

A glamorous evening for scientific research: The Jung Foundation for Science and Research finally presented its annual prizes in a personal award ceremony again. The prizes awarded included the Ernst Jung Prize for Medicine, the Ernst Jung Career Advancement Award and the Ernst Jung Gold Medal for Medicine. With a grand total of 540,000 euros, the prizes belong to the most highly endowed prizes in Europe.

This year, the Ernst Jung Career Advancement Award went to Dr Anastasios Giannou for his project, “Role of tissue resident cells in metastasis”, which he brought to life at the University Medical Centre Hamburg-Eppendorf (UKE). The Ernst Jung Gold Medal for Medicine was awarded to Professor Dr Alain Fischer from the Institut Imagine in Paris. He received the award for his life’s scientific work in deciphering the development of different congenital immunodeficiencies and the subsequent development and successful application of a corresponding gene therapy. The Ernst Jung Prize for Medicine was awarded to Professor Dr Ingrid Fleming from Goethe University in Frankfurt for her research into possible secondary diseases of diabetes and other vascular diseases, and Professor Dr rer. nat. Dr med. h. c. Ralf Bartenschlager from Heidelberg University Hospital for his research in the field of molecular virology, in particular on the biology of RNA viruses. They share the prize money of 300,000 euros that comes with the award. All four speakers agreed on where the profits should go – towards the promotion of further scientific research.

The Jung Foundation for Science and Research has been awarding medical prizes to top researchers since 1976, making a major contribution to scientific progress beyond Germany’s national borders.